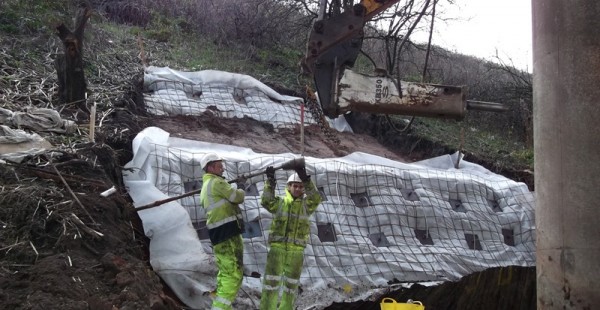 Ray Hall Viaduct forms part of the M6 elevated network carrying the motorway over the River Tame and the Tame Valley Canal embankment. The viaduct comprises a RC beam supported on four RC columns – known as bents – on a piled foundation. Cathodic protection was required to a number of bents as part of the maintenance framework agreement between Balfour Beatty Civil Engineering and the Highways Agency. To allow for the protection works, steel access towers were required to reach the RC beams.

The support columns for Bent 14/7 were constructed within the embankment for the Tame Valley Canal, which is a man-made 16m high embankment with a slope angle of 28°.
To provide adequate space for the steel access tower, the toe of the embankment required to be cut and temporarily supported. Balfour Beatty approached PaSCoE to design appropriate temporary works to support the embankment and undertake the approval documentation for HA acceptance.

The site had a number of issues that led us to reject more conventional support solutions – sheet piling was rejected as vibration could damage a nearby masonry wingwall; soil nailing and bored pile walls were rejected due to the potential of grouts contaminating the River Tame, particularly as the base of bent 14/7 was within the river flood zone.

PaSCoE therefore designed a steepened cutting into the canal embankment stabilised using mechanical anchors. The use of anchors provided a pollution and vibration limiting solution and was accepted by the HA and British Waterways for the 18month embankment support. The stabilised cutting underwent heavy flooding in 2012 without incident. 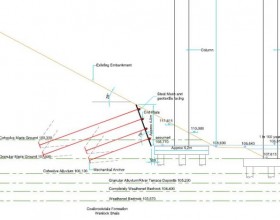 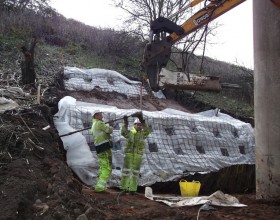