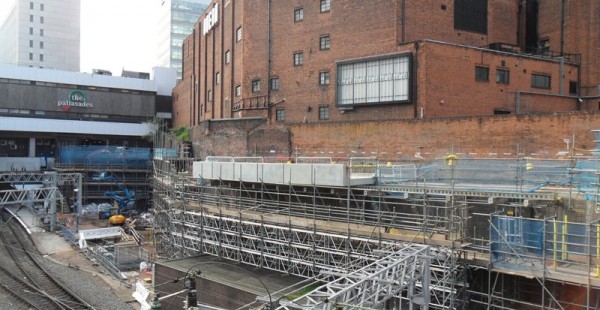 The Birmingham Gateway Project is centred on the refurbishment of Birmingham New Street railway station. The project aims to make the congested, dark station more visitor friendly and efficient.

Under the first phase of the project a new walkway was to be constructed along an existing 8m high retaining wall, allowing improved passenger access to Moor Street station. The proposed walkway was designed using various construction methods, with the section nearest the station being supported upon a steelwork frame and utilising a cast in-situ concrete deck using permanent formwork. The furthest section was designed as a cantilevered pre-cast section deck with a reaction beam cast along the site boundary.

Birse Rail Ltd commissioned PaSCoE to provide a suitable support system for the pre-cast units allowing them to be placed into position over a number of days and finally stitched into the reaction beam. PaSCoE designed a bespoke gallows bracket arrangement that was also designed to uplift windforces and to provide detailed stability and structural assessments of the existing retaining structure, given that the Odeon Cinema was directly behind the wall.

The gallow bracket solution supported the precast units until the reaction beam was cast, with the brackets being kept in place slightly longer to increase the capacity of the cantilevered section to support plant loadings whilst the cast insitu deck was being constructed.

The Moor Street link is now operational and is providing the only pedestrian access to the North of the station during the second phase of the works. 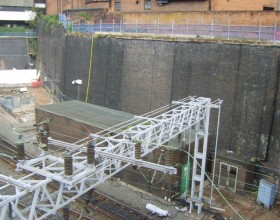 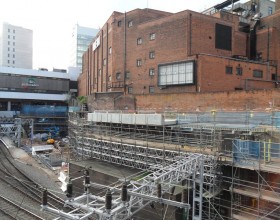 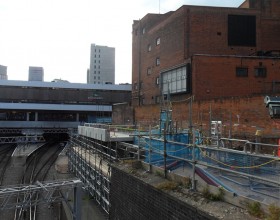 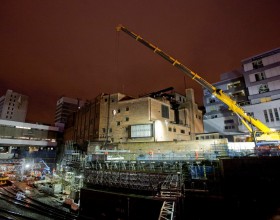 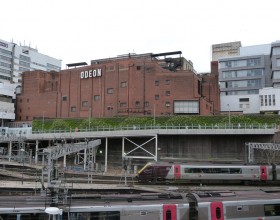 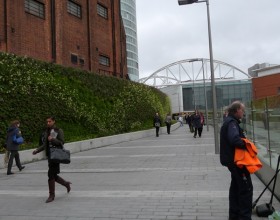