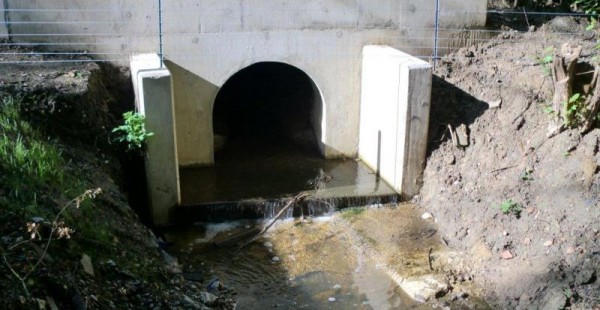 Bookham embankment is located between Effingham Junction and Leatherhead Junction. A section of the line is built upon an embankment up to 5.5m high with a slope angle of 31°. The embankment was constructed mainly using remoulded soft clay, and a circular slip failure had resulted in movement of the cess and troughing. The resulting track misalignment necessitated a reduction in the line speed causing delays on a very busy commuter route.

Balfour Beatty Rail Ltd commissioned PaSCoE to provide a suitable solution to stabilising the embankment whilst the rail remained operational. Various solutions were considered including the use of sheet piles, soil replacement and gabion retaining walls. Due to the proximity of an infilled ‘cattle creep’ and a culvert the gabion walls and the sheet piles were rejected.

Detailed analysis of the embankment showed that circular slips were deeper than first envisaged therefore a more robust solution was chosen. To prevent instability in the embankment during construction an embedded bored pile retaining wall was chosen so that the embankment could be stabilised at an early stage before the designed reinforced concrete cladding could be added.

The wall was constructed without movement in the track alignment and without the need for any possessions during the construction process apart from the reinstatement of the upper slope. Full line speeds on this section of the track have now been re-established. 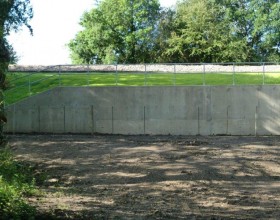 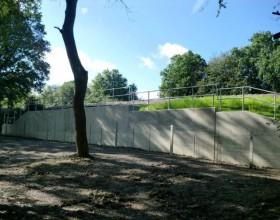 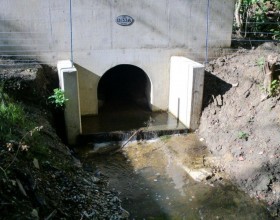 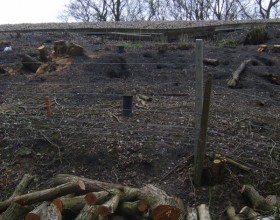