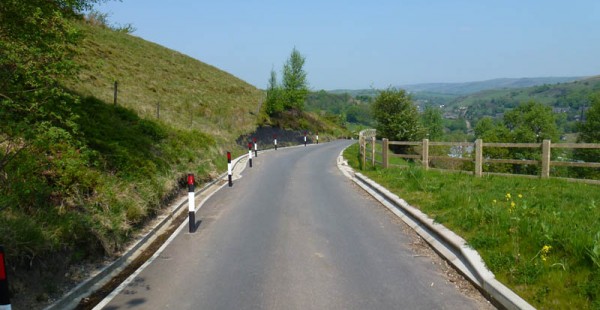 The existing embankment pre-failure comprised of a clay slope at an approximate inclination of 1:1.5, with a height of approximately 8m falling to a stream at the base of the slope. Road drainage was directed to a ditch at the side of the embankment falling to the stream at the low level. A combination of undercutting of the slope due to water erosion and water entering the slope via an existing land drain had caused the embankment to be eroded, resulting in slippage of the ground.

The initial tender drawings indicated a bored pile wall to remediate the slip. However PaSCoE, working closely with the Contractor at an early stage, identified that the proposed bored pile wall would close the road during the works. Therefore PaSCoE developed an alternative proposal comprising a gabion retaining wall and a reinforced earth embankment. The proposal provided a cost saving and allowed the road to stay open.

The existing drainage was re-designed and captured and discharged into a dedicated system. To allow for an extreme flood event, a revetment spillway was incorporated into the reinforced earth embankment. This enabled the water to be discharged without detriment to the works.

In addition to the slip repairs works we were engaged to design a replacement culvert. As the original was under capacity, it was continuously becoming blocked and in poor condition. This led to the culvert backing up and flooding the road, which had exacerbated the slip.

A very demanding project due to the limited working space, however due to meticulous planning and value engineering the project was completed without detriment to the local residents and provided a significant saving to the overall project costs. 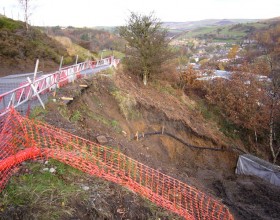 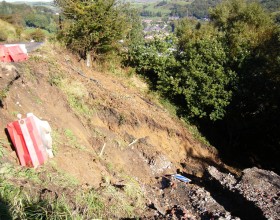 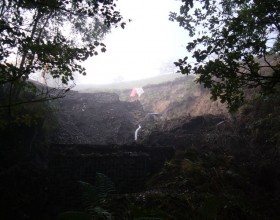 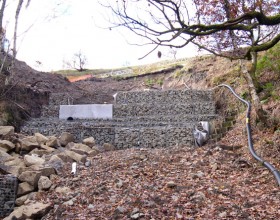 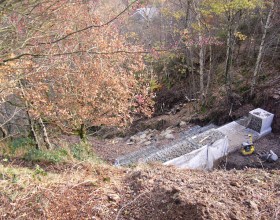 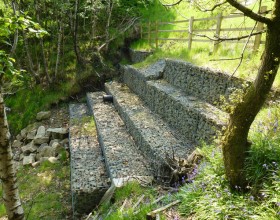 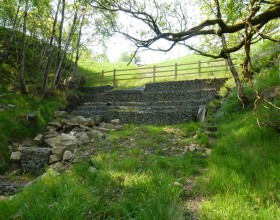 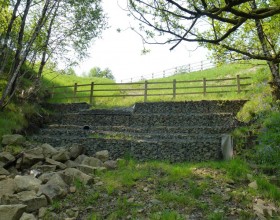 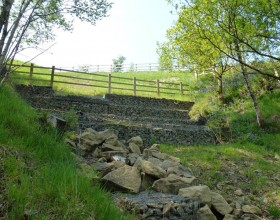 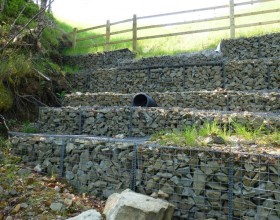 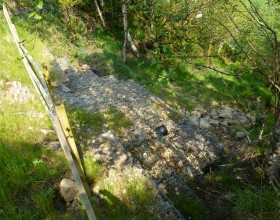 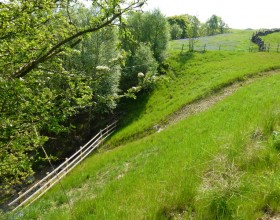 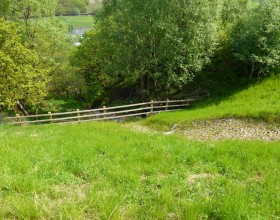 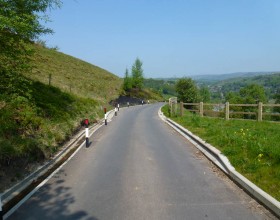 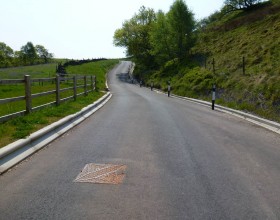