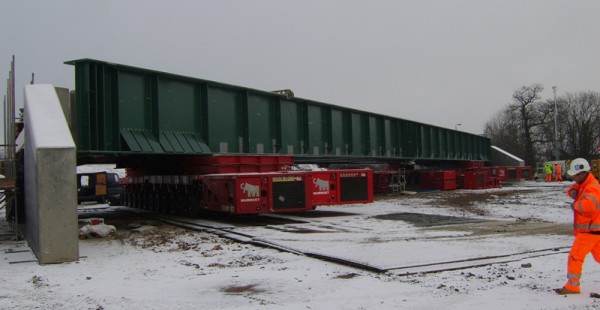 As part of the A46 Widmerpool Improvement Scheme an existing masonry railway bridge at Bingham required replacement to accommodate four lanes of traffic below. The bridge was designed to be constructed off line and under a 72 hour Christmas possession to be driven into position using self-propelled modular transport (SPMTs).

Due to the limited possession period it was decided that the concrete bridge abutment and wingwalls would be driven in with the main bridge span. The required temporary works design to achieve this, together with the additional ballast to correct the bridge bending, was substantial. The design was undertaken by Birse Rail Consultancy, however due to the risk involved in temporary works failure a third party check was required by Network Rail.

PaSCoE were appointed by Balfour Beatty Civil Engineering to undertake independent checks on the high risk temporary works that included the temporary drive path and abutment support system. Additional checks had been undertaken on the piling and services support system installed during weekend possessions prior to the final Christmas possession.

The bridge was installed during Christmas 2010 with the track being handed back within the 72 hour possession period. 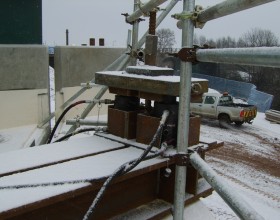 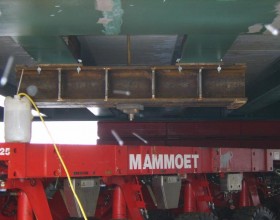 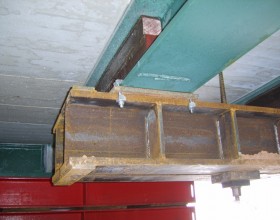 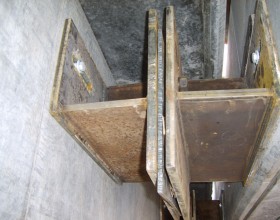 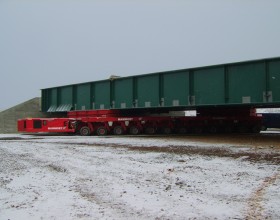 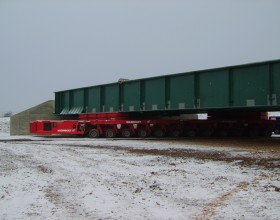 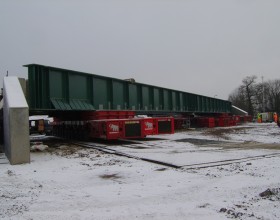 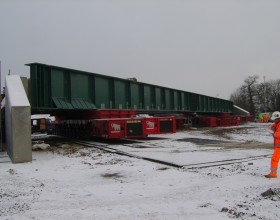